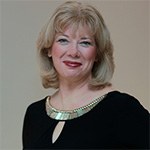 Deirdre served as CEO of UKinbound from 2014 until 2018. Before that she spent 20 years at the Department for Digital, Culture, Media and Sport working on a variety of high-profile tourism projects including the Millennium Dome, Liverpool Capital of Culture 2008 and the 2012 London Olympic and Paralympic Games, before becoming their Head of Tourism in 2010.

Deirdre was awarded an OBE in 2007 in recognition of her work in organising national memorial services for the 9/11 attacks, the Bali bombings, the Asian Tsunami and the London 7/7 attacks. Deirdre is also a member of the Tourism Industry Council, Chair of the Tourism Alliance, and sits on the Board of the Tourism Society. 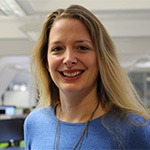 Hollie leads the destination partnerships team who build relationships with industry partners in our destinations. Hollie account manages our core funding and strategic partners including transport operators, national organisations, Local Authorities and LEPs to ensure that our activity aligns with wider objectives and supports economic growth. Hollie also leads on GTP’s place-making projects and develops business with other destinations and funding bids. 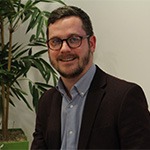 As our programme lead, Steve is highly experienced in project managing tourism projects across multiple destinations. This most recently includes the Discover England Funded projects, Gourmet Garden Trails and England's Creative Coast. Steve ensures that each of our projects run to time, budget and importantly, meet the expectations of our clients. 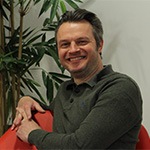 Jim ensures clear oversight of all marketing and digital activity. He is responsible for the team producing all content across the GTP portfolio, and oversees our communications strategy. Jim heads up the creative content for all campaigns and digital channels to optimise consumer engagement and reach. He is also responsible for ensuring the marketing team delivers GTP's consumer and corporate communications strategy. 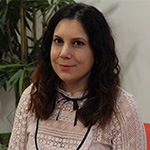 Raluca is responsible for developing and delivering core B2B and B2C destination studies, from economic impact and regular destination performance to perception research. Raluca manages bespoke commercial research contracts and large scale national and cross-border European projects. Raluca works very closely with the Marketing and Partnerships teams, ensuring that our research expertise branches out across the work we deliver, informing our destinations' strategies. 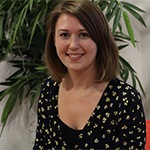 Sophie is responsible for the our B2C digital marketing activity. With the Marketing team, Sophie leads on the content strategy across all of GTP's consumer digital channels, using paid promotions and analytics to grow audiences, reach and engagement. Sophie is also the marketing lead on the DEF project Gourmet Garden Trails, responsible for the creation of its consumer content, including liaising with regional partners and building new itineraries for projects. 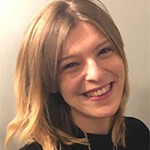 Lana works closely with the Partnerships team to ensure that our partner’s needs and objectives are communicated effectively through our own marketing activity. She is responsible for leading on all aspects of high-profile consumer campaigns including our annual London awareness campaign, and ensuring that all marketing activity complies to project brand guidelines. Lana is also our primary press and PR contact, dealing with any media enquiries, trips and opportunities. 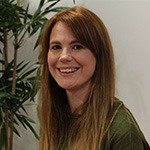 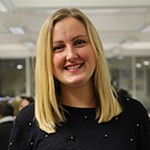 Our resident Travel Trade expert, Alanna develops and manages GTP's overseas and travel trade strategies, to ensure growth and exposure of our destinations and products to the global travel trade industry. Alanna has a number of years experience in working with the travel trade and has successful Trade relationships across Europe, China and the US.