In 1988 Bill became the first Commercial Manager at the Yorkshire Mining Museum (now the National Museum of Coalmining), seeing it through its last phases of development and early years of operation.

He went on to run a series of commercial heritage programmes for Heritage Projects Ltd and later became their Operations Director, and was responsible for seven projects nationally with combined visitor projections in excess of one million a year.

He joined Chatham Historic Dockyard Trust as Chief Executive in December 2000, where he developed a strategy for long-term revenue sustainability. More than £30 million has since been raised to invest in the site and today it accommodates 115 homes, more than 100 businesses and welcomes more than 170,000 visitors a year. The Historic Dockyard’s combined activities generate more than £16m to the local economy. 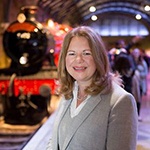 Starting her career with the Tussauds Group, Sarah moved in 2000 to head up operations for the National Maritime Museum, Queen’s House and Royal Observatory in Greenwich, London. In 2003 she moved to the National Trust in the South East of England leading customer service and commercial operations across more than 20 built properties and countryside sites. She later took the position of Director of Central Customer Services at the organisation’s Head Office. Sarah returned to Greenwich, becoming Director of Communications, Marketing and Visitor Experience on the Board of the Royal Museums Greenwich. She led communications and operations for a new museum wing, introduced charging at the Royal Observatory, and led the feasibility study for the famous Cutty Sark Clipper. 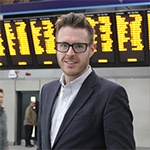 Mark Anderson is the Head of Marketing at Southeastern (a joint venture between Keolis and Go-Ahead Group).

Prior to joining the rail industry Mark Anderson served as Head of Marketing at the LEGOLAND® Windsor Resort during which time the world’s first fully LEGO® themed hotel opened on site. He was also Sales and Marketing Manager at Warwick Castle when the attraction was successfully launched to the international market.

Mark has also held marketing roles in high street fashion retail and the mail order sector, and was a founding member of destination marketing consortium Shakespeare’s England. Mark regularly speaks at events including The Design Forum and has guest lectured at Coventry University. 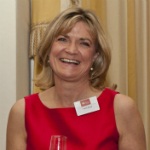 Sarah’s background has been eclectic – from training to be a buyer for Selfridges to marketing for Reader’s Digest, Sarah eventually found her home in property and worked at director level in a London-based property agent before taking a career break to have a family and move to Kent.

Sarah started Mulberry Cottages in 2006 as an offshoot to boutique rural estate agent, Calcutt Maclean Wood. From a room above their Wye office, the company has rapidly grown to three offices in Canterbury, Sussex and Winchester and operates in the upper end of the holiday letting market. She was keen to offer the business the same level of quality marketing and attention to detail she had known from her property background, together with a degree of flexibility and service that seemed unknown to holiday home owners. With a holiday property of her own on the Suffolk coast, she understands the holiday market from both ends which gives her a real insight into what works for owners.